Obesity is a serious health problem throughout the world. More than half of U.S. adults are overweight (61%) and more than a quarter (26%) of U.S. adults are obese. The inability of many individuals to keep their weight in check by diet and exercise has created a need for additional therapeutic means to combat obesity.

Therm-O X-Cel use of a proprietary blend of ingredients may aid in this battle and is the perfect compliment to Therm-O.

Citrus Aurantium – The product which emerged from this research has been named Citrus Aurantium, and it can be found as an active ingredient, usually the main ingredient, in dietary supplements for weight loss. Unlike ephedra-containing products, there have been no ill side effects for blood pressure observed with Citrus Aurantium.

Jones describes an open labeled study performed on 9 women. The subjects showed a mean of 0.94 kg lost during the first week when no product was given and 2.40 kg during the second week when a Citrus aurantium product was taken. Body weight losses were statistically greater during the second week compared to the first week. Since most clinicians would agree that the most weight loss should occur initially coinciding with a greater fluid loss during the first week, these differences are even more remarkable. Three studies reported increased metabolic rates when ingesting Citrus aurantium products, however, at least two of these studies were acute. At present, Citrus aurantium may be the best thermogenic substitute for ephedra. However, more studies are needed to establish this definitively.         J Med. 2002;33(1-4):247-64.

Raspberry Ketones – In a recent study published in the journal Life Sciences, scientists used natural raspberry ketones (from real red raspberries) to study its weight loss effects. What they found was that that the addition of raspberry ketones helped reverse weight gain induced by a high-fat diet by increasing the production of adiponectin. Adiponectin is a hormone that is involved in the breakdown of fat cells for energy.

Magnesium Orate – Magnesium orotate can help keep you going at optimal capacity. It fills vital roles producing energy and sustaining the health of your heart, muscles, bones and nerves. Magnesium orotate is produced by combining magnesium with orotic acid, which is a compound normally made inside your body and used to build DNA.

Orotic acid makes it easier for magnesium to cross cell membranes and other ingredients. Magnesium Orate may aid in the body up take of the above ingredients to help aid in possible reduction of unwanted body fat. 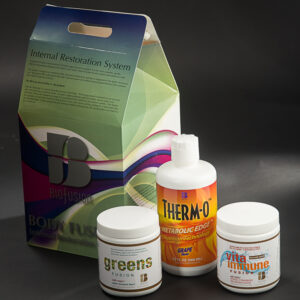